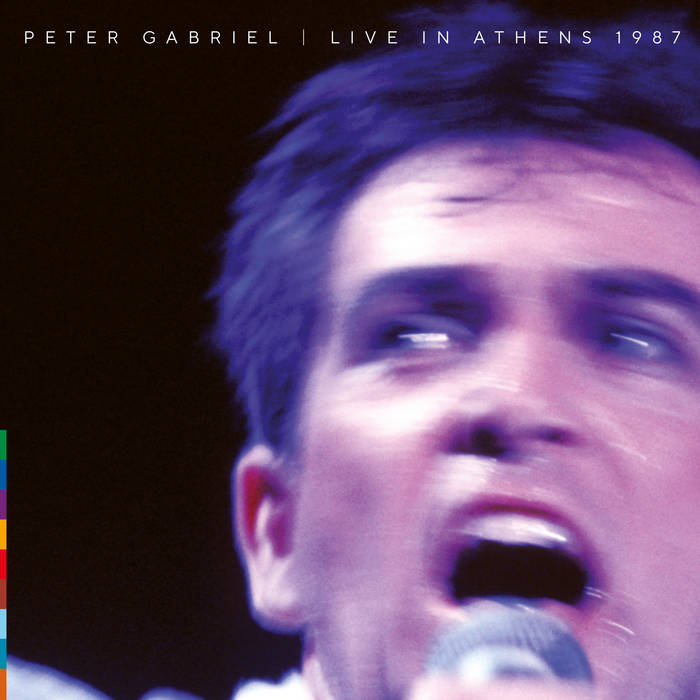 Jean-Paul DuQuette P.G. at the pinnacle of his career. The recording quality is excellent and the songs are probably his best (though I personally miss "Big Time"). The first three albums I ever bought were Laurie Anderson's Mister Heartbreak, and P.G.'s Plays Live and So, so the nostalgia here is at ridiculous levels. I'm sure I'm not alone. Essential. Favorite track: Intruder (Live).

A warm autumnal evening in southern Europe. An open-air theatre cut into a hill, the lights of a capital city twinkling beneath. Five musicians take to the stage, five musicians at the peak of their game. A few thousand acolytes approvingly roar at their arrival. Ear-to-ear smiles are visible in every direction, both in the crowd and onstage. This is the last night of a tour. A long tour. A very long tour.

We are in Athens and it’s October 1987. More significantly, it’s the climax of Peter Gabriel’s This Way Up tour, an endeavour that kicked off nearly 12 long months previously, tens and tens of thousands of miles ago. Over many, many months, this jolly caravan has travelled throughout North America and Europe, from Buffalo to Bologna, Milwaukee to Munich, Toronto to Toulouse. It’s nearly all over. And here in the Greek capital the occasion will be preserved for eternity.

Peter Gabriel is best known as a musician. He started his solo work in 1975 after leaving his old school group: Genesis. He has released eleven solo albums and written soundtracks for three films.
Peter is now writing and recording, and working on a plan to create a streaming service for digital medicine and an Interspecies Internet. ... more

Bandcamp Daily  your guide to the world of Bandcamp